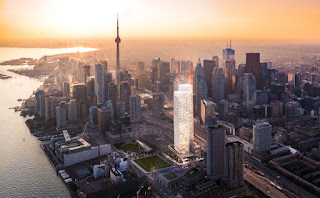 DOWNTOWN WATERFRONT WILL SOON BE HOME TO NEW APPROACHES, TECHNOLOGY AND INNOVATIVE SOLUTIONS.

SUGAR WHARF WILL BE PATH-CONNECTED AND THE LARGEST MIXED-USE DEVELOPMENT ON THE TORONTO WATERFRONT. 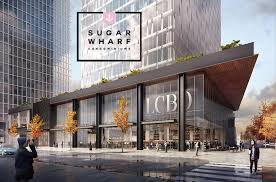 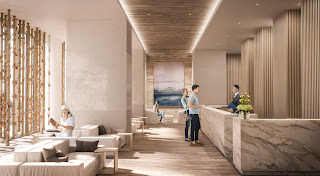 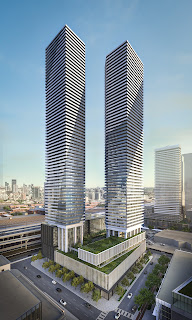 Bitter winds and harsh climates are an inescapable fact of Canadian living. And when the cold is a predominate part of life, connectivity becomes a much sought-after luxury. Perhaps more than ever before, people are looking to invest in communities where everything they need comes with convenience – sans slush and cutting wind. Enter Toronto’s indoor PATH pedestrian system – the world’s largest underground shopping complex. On cold winter days you can walk to work, do your banking, visit the doctor and even see a movie without ever having to set one foot outside.

As Toronto continues to thrive, its global appeal is helping it attract more than 100,000 new residents per year, and many of these people want to work and live downtown. Given this rapid growth, it’s no wonder that the world’s largest underground city is about to get even bigger as well. As part of the new Sugar Wharf community by Menkes, the PATH network is set to expand east of Yonge Street, into the downtown waterfront’s South Innovation District.

Menkes is reimagining Toronto’s Downtown Waterfront with Sugar Wharf Condominiums, part of an 11.5-acre community that will include luxury residences, offices, restaurants and shops, a two-acre park, and new school. Once complete, Sugar Wharf will be the largest mixed-use development on the Toronto Waterfront; home to 7,500 residents and 4,000 office workers.

The comprehensive project aims to seamlessly connect residents and office workers to all parts of the downtown core through the PATH, adding to the 5,000 people who already work in the PATH and over 200,000 commuters that pass through it daily. The PATH also provides access to Union Station, the largest transit hub in the Greater Toronto Area, with connections to the TTC subway, GO Train, Via Rail, and the UP (Union Pearson) Express. Residents living at Sugar Wharf on the PATH will be able to take advantage of the UP Express to travel to Pearson International Airport in a quick 25-minute ride. Traveling to your dream tropical destination during the winter months will be easier than ever before. Imagine being able to wear shorts and a t-shirt from home right up until the moment you board your flight without ever putting on your 10-pound winter jacket!

With Sugar Wharf’s PATH extension, it will be possible to walk indoors from the waterfront, all the way to Toronto’s world class Financial District. Equally connected to the city as it is to nature, Sugar Wharf will revolutionize how Torontonians live, work and play.